You know growing up I used to consider myself, a nerd, who’d never get a girlfriend, I’d look in the mirror and be like damn, is this my fate, to forever be this good looking but yet these people were so self conscious they’d overlook it and assume the worse, I mean, people would say it was game but, I mean, my game was so on point I could hit you up with anime pick up lines so good that your waifu would choose me everyday of the week, doubt me? Well here take a sit in how to pick up waifus 101:

Pick up line 1: Abdel: Hey beautiful, do you believe in Fate?

Abdel: Cause it’s asking you to stay the night.

Abdel: Do You Have a Death Note?

Ab: Cause every time you smile, I feel like I'm having a Heart Attack. 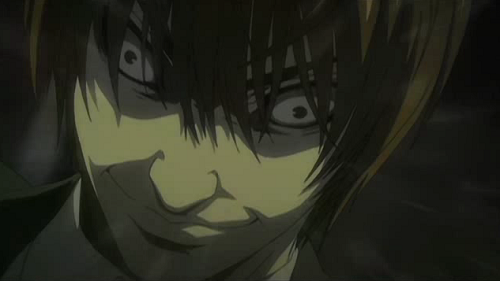 I know right, settle down kids, this is a lifetime of hard work, it ain’t easy flexing a yearly watch time of 14088 hours on anime (Lol I don’t actually spend that much time on anime, I’ve got a life.), but yet in all this time of wasted opportunities, I came across an anime that shook the foundation of how I viewed anime, you know it’s saying something when you legit waste 90% of your day consuming a form of media that will in no way add value to your life, yes I said anime, doesn’t change anything-about-you, but yet while consuming it you begin to see themes that recurred and reappeared in so many anime, you felt like this was it, the standard, well that was until I watched Fate.

Now of course as with every other anime produced by Type Moon the number one question here is, “Where do I start?”, “Which one?”, well… that’s not my problem go here, seriously how you guys just go come here and read all this just for the order, no! Jeez, but that aside we were talking about Fate, truth be told, if you decided to go on Netflix and binge this randomly you’ll get lost, no seriously the publishers were like, “Hey let’s produce a show, but, we’ll release the 2nd part first then part two to the second part and then while everyone thinks part 2 is part 1 we’ll make the real part 1 to hide our flaws but ruin the fun for the original watchers cause they’ll already know the winner!.”

I can imagine that’s how the creative team went about things, but although they might sound as though they were blazing some rare exotic plant from India, I highly encourage them to keep on it, you see, the Fate Series has to be one of the most well written stories I've seen, I know, I know, it’s slow, I know, but hear me out as I give a basic summary, basically there’s a war held every few years amongst Master Magician, mostly among noble families since Shenron knows when and they fight for the Holy Grail which can grant the victor any one wish in a battle called the Holy Grail War, it’s literally a battle til’ the death, last man standing vibes, but see we wouldn’t love it for that nooooo, oh no, see, basically all 13 magicians have access to an ally called servants comprised of different classes which serve them in their quest to get the Holy Grail, but of course they both have a mind of their own and are capable of disobeying them, I mean after all they are  the living spiritual embodiment of Legendary Heroes of old, Like Saber Class: Her Majesty King Arthur, no, that wasn’t a typo King Arthur was a woman, I know! I won’t lie, I didn’t care, not even in the least but this creative team went out of their way to make her just fit in, and don’t get me started on Gilgamesh, like man when he hits you with the line, “Who asked you to gaze up at me scoundrel?”, you can’t help but just fall in love with him, no, that was not a moment.

Fate has to be one of the most beautiful looking anime, I've ever seen, you could swear the studios broke the bank every episode to deliver such a spectacle and it doesn’t even look like it aged for a show from nearly one and a half ago, like I said this creative team is just on point the whole show, but I'm sure you’re all wondering when am I going to stop praising it, give me a moment, I’m almost there, another aspect Fate shines is in its story, see every character shines, from masters, to servants, especially servants, see every servant is a hero from a passed age, and they have lived and they have died, and all have failed in their greatness to bring about the change, goal and dream they sought, such as Gilgamesh in his search for eternal life, or Arthur in her search for world peace, all have searched and none have succeeded  and when you pit such personalities and great individuals against each other well then of course you’re in for a battle bigger than Ragnarok all in an attempt to change their fate.

Well now for the harsh truth and the con of Fate, the continuity or whatever word you want to throw in, see Fate makes no sense, hold up put down those pitchforks, listen, if you were an anime fan today without google and I gave you Fate with a usb and said yo bro watch this, would you get it? Don’t even try and cap, you know what I’m saying, this show makes no sense unless you actually invested time in it, it’s like watching Avengers Endgame but not watching Infinity War first, like what kind of monster do you have to be to do that? Like no, what’s wrong with you? Point here though is, Fate is hard to get in cause honestly the first part of it is like a 7.0 out of ten and it should be a ten since Gilgamesh is there but these other props just bring down my boy’s swagger, he can’t carry a show alone, in fact the whole Fate franchise would be a ten if Gilgamesh played all the roles really, but sadly he’s only a king.

So am I saying Fate is unwatchable because of its beginning, absolutely not, Fate is good, it really is, but like I said earlier the creatives are on roids so sometimes they make great choices and downright rubbish moves, the show starts of slow with Fate: Zero it could take you a week or two to finish not because of length but more so cause of enjoyment, but once you hit the final episode of it and move to Fate: Stay Night you may need to call in sick on Monday cause damn, you’ll be dying to see what Fate has in store for this cast, yeah I know this closing was trashy for days, but I still catfished you into reading a review on Fate and also checking out our anime merch.